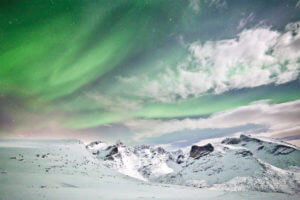 From the lakes of Norway to the forests of Finland, the white nights of Midsummer and the ethereal Northern Lights, the magnificent coastline and breathtaking mountains, Scandinavia boasts extraordinary natural beauty, and the relationship between Nordic people and their environment is symbiotic.

Scandinavia boasts seldom-rivalled landscapes. Norway, with the longest coastline in Europe, has its famous fjords—narrow inlets flanked by steep rock faces, which cut into the coastline—and mountains, which are covered in calving glaciers. Sweden is the fourth largest country in Europe by area, and its landscape changes from north to south. The centre and north is covered in pines and firs; nearly 70 per cent of Sweden is forest and woodland. Its two largest cities—Stockholm and Gothenburg have archipelagos with hundreds of islands, and in the southernmost parts, you will find vast yellow rapeseed fields. 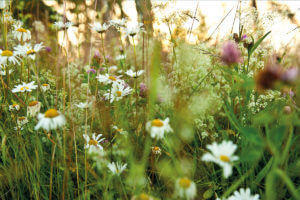 Finland is known as the land of the thousand lakes, and while two-thirds is forest, 10 per cent of the country is made up of nearly 188,000 lakes. If you venture as far north as the Polar circle, which cuts through Finland, Sweden and Norway, you may witness the Northern Lights, a light phenomenon created when particles from the sun enters Earth’s atmosphere. This part of Scandinavia is often referred to as the ‘land of the midnight sun’, as the sun does not set above the Arctic Circle in summer.

In Norse mythology, the Aurora Borealis was a fire bridge to the sky, built by the gods. You can see why they might have thought that. Our greatest natural light show, the Northern Lights as they are more commonly known, offer a mesmerising display of ethereal swirls of green, purple and pink rippling across a midnight sky. They’re actually caused by collisions between electrically charged particles from the sun that enter the earth’s atmosphere. The best place to see the Northern Lights in Scandinavia is Norway, particularly the islands of Svalbard and Nordkapp (the North Cape, which is the most northern part of mainland Europe) because of their latitude and lack of light pollution. Hammerfest, Tana Bru and Tromsø are also good locations. 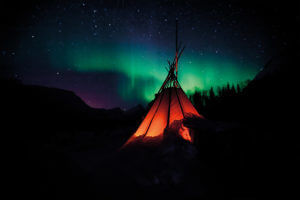 Venture north of the Arctic Circle and you can witness this natural phenomenon that offers perpetual light during the peak of summer, as the sun never sets, it merely dips. See it best in Norway, where often ideal weather conditions allow for dramatic red-tinged landscapes. 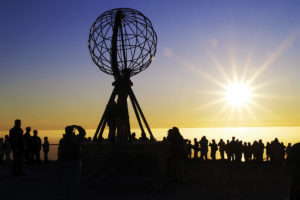 Denmark, the smallest of the Nordic countries, is an island nation, made up mainly of the large peninsula Jutland, and over 400 islands of various sizes. Compared to the other Scandinavian nations, Denmark is flat and open; just 12 per cent is covered in trees. Instead, miles and miles of coastline offers beautiful sand-duned beaches, and picturesque harbors dotted across the map.

Appreciation for nature is deeply ingrained in Scandi culture, and many natives see being outdoors as the best way to relax. Being close to nature is enabled partly thanks to the relatively low population density, but in Norway, Finland and Sweden it is also enshrined in law. The ‘allemansrãtt’ (everyman’s right) gives anyone access to public and private land (with the exception of gardens attached to a home) for exercise or recreational activities, including foraging for wild berries or mushrooms.

The love of nature influences much of Scandinavian interior design, which favours minimalism, natural light and open spaces, furnished with natural materials such as wood and leather.

This is reflected on Viking ocean ships, in detailing such as the birch tree sculptures and ‘Hidden Trolls’ artwork which appears in the elevators. The ships also use natural materials including limestone, granite and wood throughout to create a truly Nordic feel. 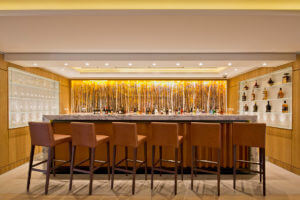 Because of their close affinity with the natural environment, conservation and green living is hugely important to many Scandinavians. In fact, Sweden and Norway regularly top the league of most environmentally friendly countries in the world, with Denmark and Finland also in the top 10. 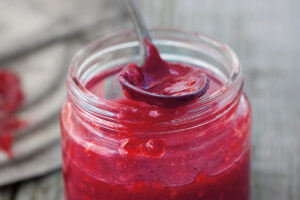 Scandinavia grows wonderful berries, including strawberries, raspberries, blueberries, cloudberries and lingonberries. This jam is delicious with waffles, pancakes or bread. Make a large batch and store for the winter.

Method:
1.Put the fruit and lemon juice into a large pan.
Heat for a few minutes to soften, add the sugar and
stir over a low heat until the sugar has dissolved.

2.Once the sugar has dissolved and the liquid is
clear, boil steadily for about six minutes, or until at
setting point. To test if the jam is at setting point,
spoon a little on to a cold plate, leave for a minute
and then gently push it with your finger. If the jam
separates without flooding back, setting point has
been reached.

3.Set aside to cool, then spoon into sterilized jars,
label and seal with wax paper and lids.

Recipe and images taken from Nordic Style: A Celebration of Scandinavian Life available to buy on board all Viking ships for €25

Thank you for arranging this short winter sun break, and recommending H10 Ocean Dreams which is super boutique hotel, with every comfort and excellent staff