A Weekend in Chicago

I’ve been lucky enough to experience a long weekend in Chicago, Illinois this September with temperatures around 23 degrees.

We took off with United Airlines from Heathrow Terminal 2 at 10:35 Thursday morning after a relaxing 2 hours in the airport lounge tasting some great food and a cocktail or two. The flight was about 8 ½ hours and very comfortable in the United Plus extra legroom seats with complimentary meal, snack and beverages. Having downloaded the United Airlines App on my device I was able to watch up to date inflight movies.

Arriving into Chicago O’Hare International Airport at 13:30 local time we cruised through immigration fairly swiftly and onto the transfer bus heading to the Radisson Blu Hotel, Chicago. Upon check in I made my way to my standard room which was huge with 2 double beds, coffee machine, fridge and a Juliette Balcony overlooking the bustling streets below. After a coffee and the unpacking was done we headed for a 10 minute stroll to Millenium Park, home to the iconic Cloud Gate AKA ‘The Bean’ for some great photo opportunities and then on toward Navy Pier walking to the very end to get some great shots of the spectacular Chicago Skyline.

After a freshen up back at the hotel we caught cabs to Lou Malnalti’s for dinner in a real deep pan Chicago Pizzeria where your eyes will always be bigger than your belly!! Reservations are not accepted here but arriving early would be recommended as it is always very busy. No worries if you don’t eat it all while dining, in the States it is very normal to ask for a take away box.

After dinner we headed to Hancock tower and the @360 Chicago for a night time view of the city and the #360TILT experience! The 360 CHICAGO observation deck is 1000 feet above the famed Magnificent Mile in the iconic John Hancock Building and offers 360 degree views of the city skyline and Lake Michigan, It has a modern Bar & cafe where you can relax and enjoy the best views of the city.

The following morning we walked off the pizza with another stroll through Millennium Park on our way to the 11 City Diner for an 8:30am breakfast kicked off with an awesome Bloody Mary – a meal within itself! Followed up by a Big Bus Tour to take in all the Iconic sites and attractions. We disembarked at stop 1 just in time for the 75 minute Shoreline Sightseeing Architecture River Tour which takes in more than 40 Chicago landmarks.

Lunch was taken at the Lowes Hotel Chicago where we were shown around the hotel and lucky enough to see some of the stunning rooms and suites plus gym, treatment rooms and one of the few hotels with a swimming pool in Chicago.

After lunch we had two hours free time to look around the shops before heading to the Briar Street Theatre to watch the Blue Man Group – Interesting!! Followed by us hitting the town to experience the Chicago nightlife on a Friday night – Wow, everyone here are so friendly even the police joined in our Selfie! Drinks rather pricey though at $10 USD for a Vodka and Coke but I guess these are city prices.

A couple of coffees and a Walmart breakfast were needed first thing before collecting hire cars from Alamo for a 3 hour drive south to Springfield, Illinois. Great highway driving with a lot of cornfield views. On arrival into Springfield we took lunch at the Cozy Dog Drive In – The diner is a Springfield Route 66 Landmark since 1949, home to a whimsical selection of route 66 memorabilia and souvenirs.

We drove on to the stretch of Historic Route 66 Brick Road near Auburn for a piccie followed by a visit to the Lincoln Home National Historic Site, The only home that Abraham Lincoln ever owned and since restored to its 1860 appearance. Onwards to the Abraham Lincoln Presidential Library and Museum with over 50’000 square feet devoted to state of the art full immersion exhibits, special effects theatres and displays of original artefacts.

Checking in at our hotel Wyndham Springfield City Centre, with fabulous views of the city and a great central location

Dinner was amazing and hosted at Maldanar’s Restaurant, Established in 1884 and is one of Springfield’s finest restaurants, this was followed by cocktails back at the Wyndham Springfield Hotel top floor cocktail bar.

On Sunday morning after an early breakfast we left Springfield for Chicago with a stop at Pontiac enroute to get a selfie at the Route 66 Mural.

A stop at the Chicago Outlet shopping Mall for some last minute bargains before dropping the cars off at Chicago O’ Hare Airport for our 7 hour flight home.

Wow – What can I say – Chicago in 3 nights/4 days is so achievable. We didn’t miss a thing so although some early starts and a fairly busy itinerary this was the most awesome weekend in a truly amazing city. 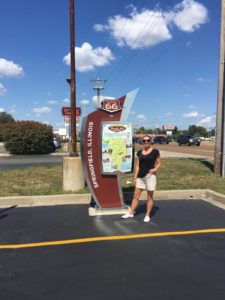 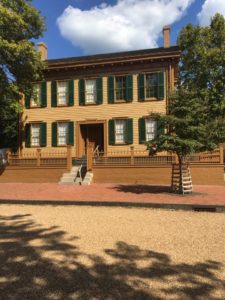 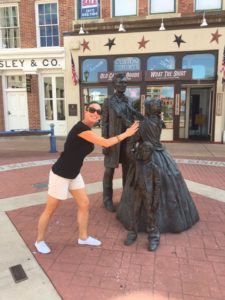 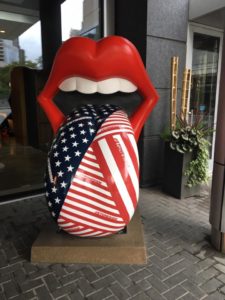 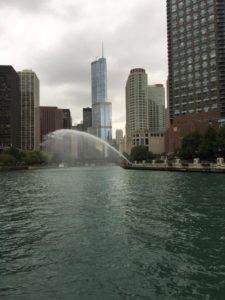 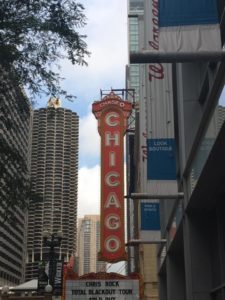 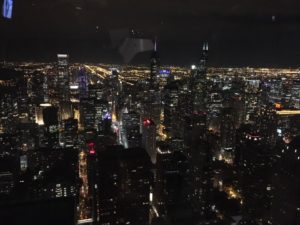 Just to say thank you so much for your professionalism, response time and honesty regarding the booking of our recent holiday to Spain. We had a lovely time and goal …Read More